Ariana Shneider is a well known and successful singing and drama teacher, based in the Manning Valley of New South Wales, Australia. Ariana studied her craft at the Sydney Conservatorium of Music and the Independent Theatre of Dramatic Art in North Sydney, New South Wales.

During her time in the Manning Valley Ariana has taught in virtually every school in the district, as well as running a very successful private studio.

Ariana has been the recipient of four government grants to aid children in performance, has appeared in local productions as a singer and actress, acted as vocal director for Taree Arts Council as well as being a long-term member, and is a member of Kantabile Choir.

Ariana has recently completed the recording and mastering of the DVD and CD of her work “Crystal Dreaming - The Musical”, for which she alone has written the script and the lyrics and melodies to twenty-four songs. Ariana has also produced the book and a backing CD for the musical.

In 2016, a staged version of “Crystal Dreaming - The Musical” was produced, with performances in October of that year on Friday 21st and Saturday 22nd at 7.00pm, and Sunday 23rd at 2.00pm at the Taree Christian College Theatrette at 243 Kolodong Road in Taree, New South Wales. These shows were all sold out prior to the performances.

In  November 2014, one of her songs from the musical was nominated for an award in the Solo Female Song Section of the Hollywood Music in Media Awards (HMMA), so a very quick trip to Hollywood (and appearance on the famous red carpet) ensued.

In 2015 and 2017, four of her songs received semi-final status while three other songs were highly commended in the UK Song Competition.

In 2015, one of her songs was short-listed for an award in the Australian Song Competition.

In November 2019, the fully mastered video recording of the staged musical performance was shown on the large projection screen of the Manning Entertainment Centre in Taree for the general public, receiving great acclaim. $1000 was raised for presentation to the Australian Children's Music Foundation, which enables disadvantaged schools to receive music education.

Ariana’s vision is to successfully promote her musical into many performance arenas. Given the fantastical nature of the musical, Ariana thinks it would lend itself perfectly to becoming an animated movie. 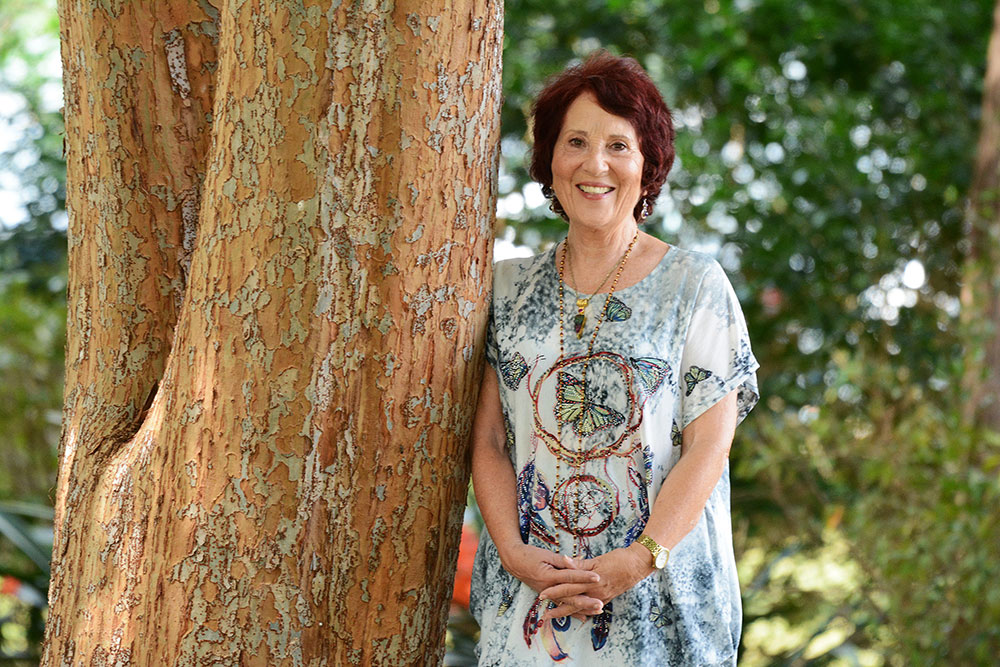 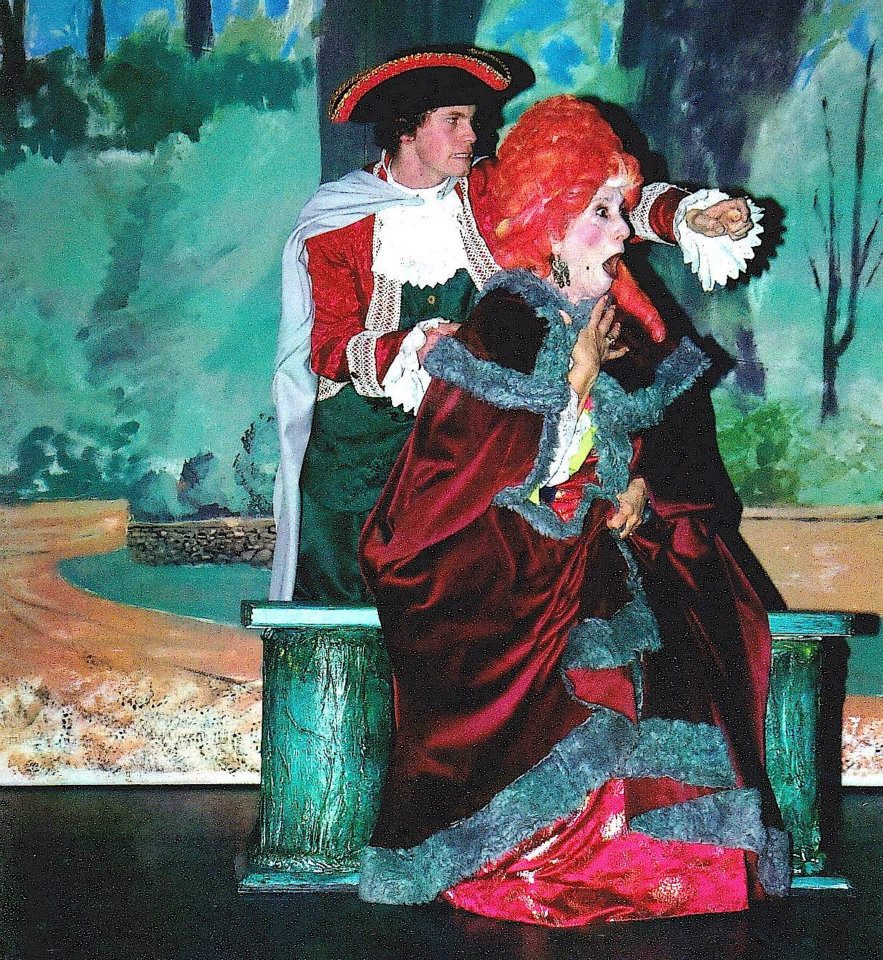 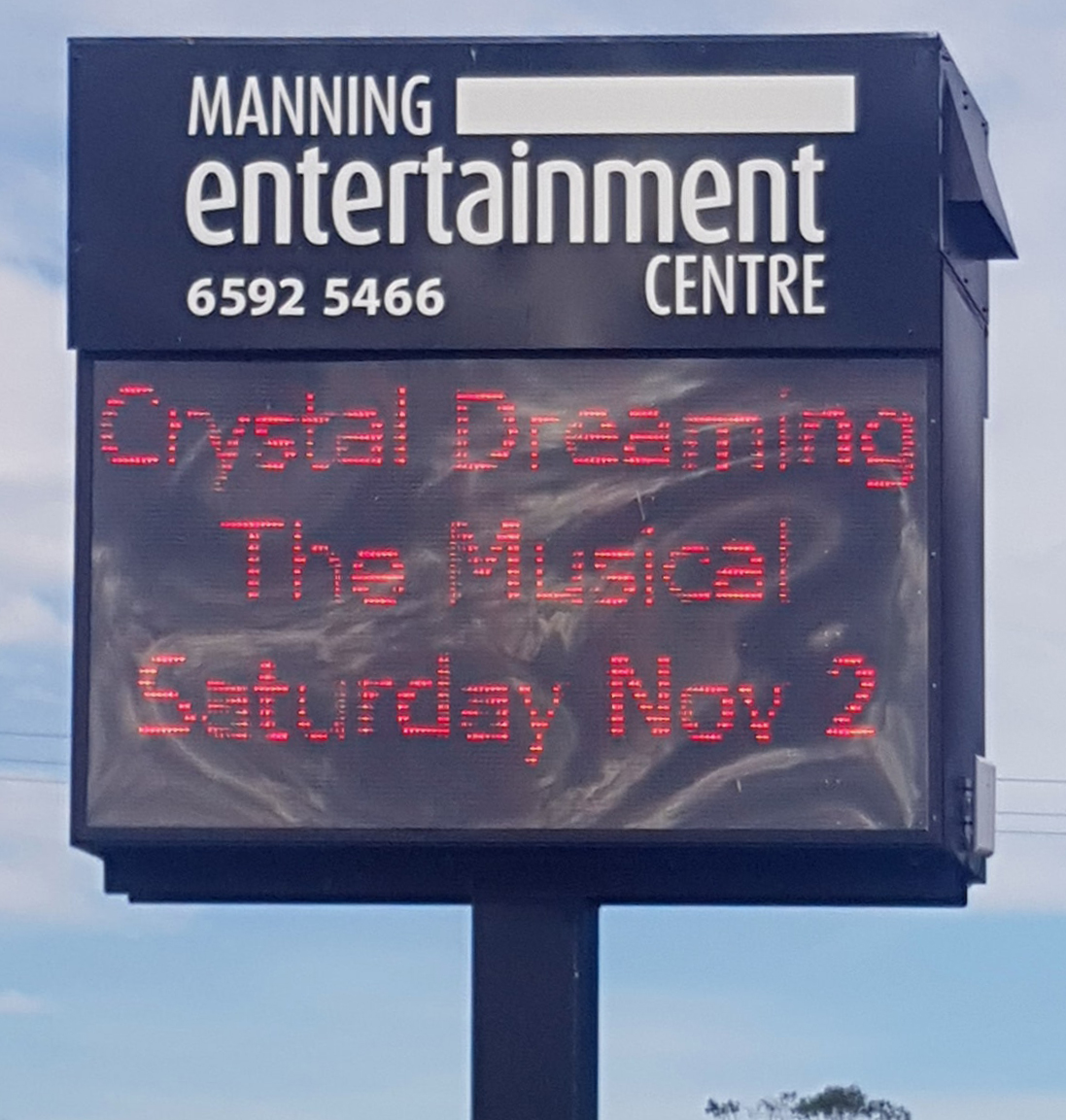 A top evening to enjoy some of the best voices 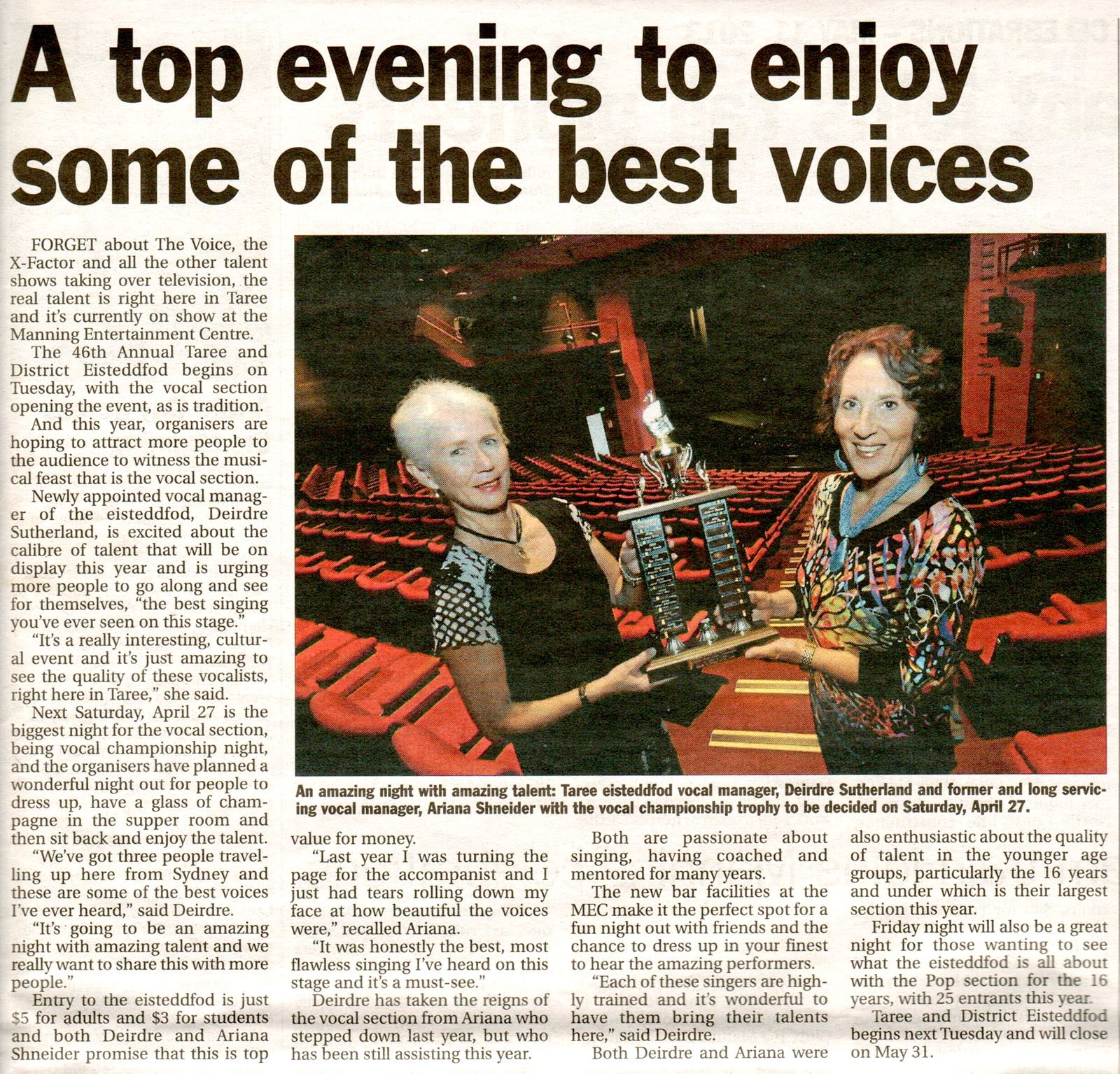 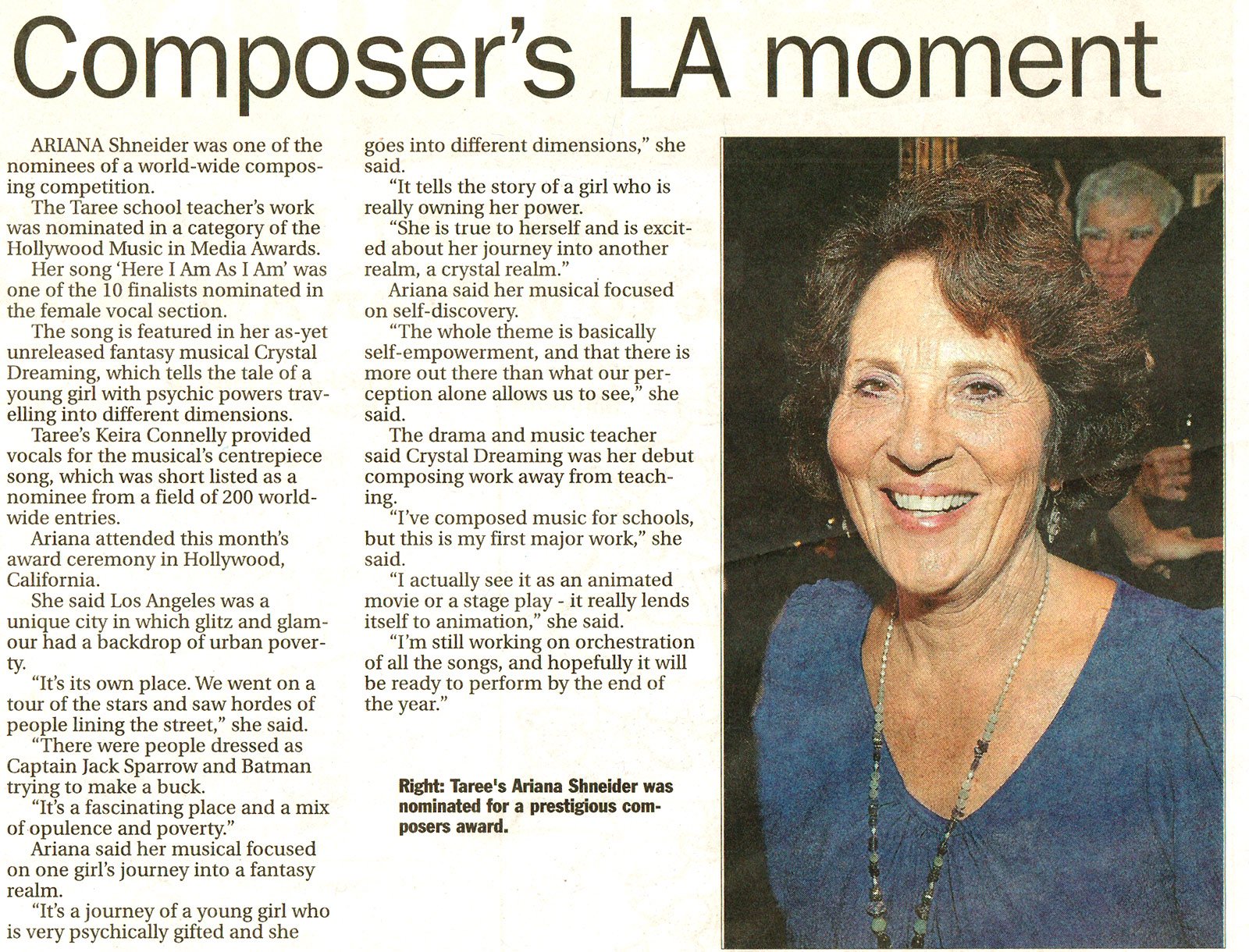 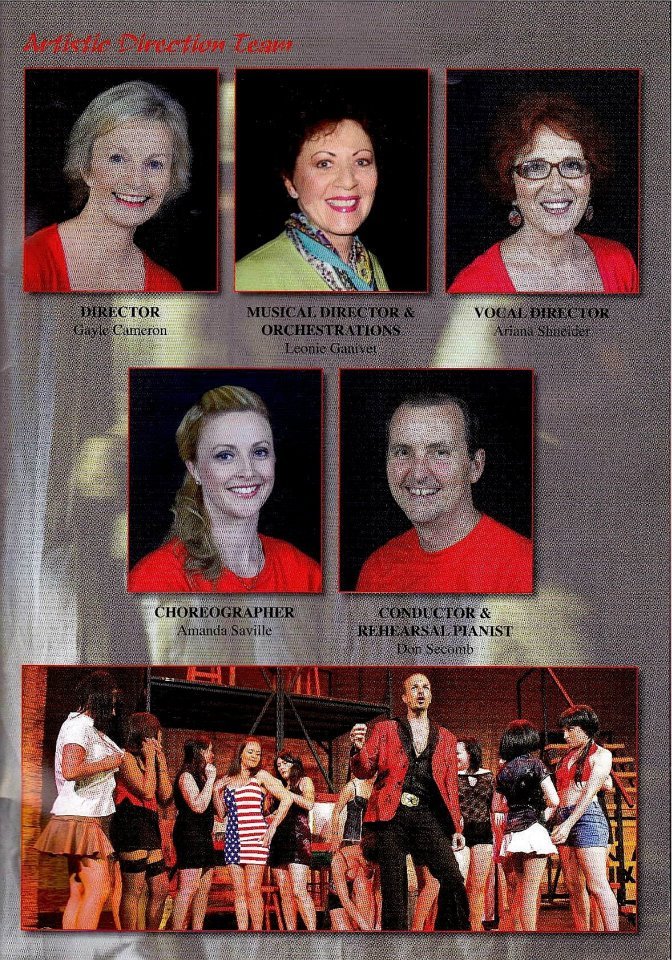